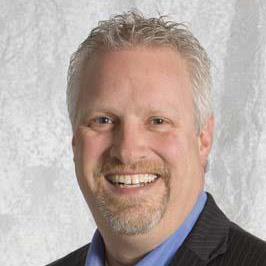 Brad Klopfenstein has been an influential leader in Indiana’s public policy and political community for the past 20 years.  His areas of expertise include the alcohol industry, hospitality, gambling, election law, energy, health care, immigration, media relations, small business affairs, and crisis management.

As President of the Greater Lawrence Chamber, and recently the general manager of the private Antelope Club in Downtown Indianapolis, Klopfenstein has shown his love of the hospitality industry, and works daily on behalf of small business owners to help improve their businesses and the conditions which will allow them to be successful. Some of his professional successes include:

Mr. Klopfenstein is also a media figure in Indiana having been the spokesperson for numerous organizations.  For over 6 years, he was the radio guest-host for the Abdul in the Morning Show on Fox Newstalk 1430 WXNT in Indianapolis, and has twice been a featured panelist on the television show Indiana Lawmakers.  He has conducted media training for the US Women’s Olympic Synchronized Swimming team and IndyCar racing drivers Justin Wilson and Mike Conway. He currently is a panelist on the public affairs television show Indiana Issues that is seen statewide.

Klopfenstein took a somewhat serpentine route into the world of politics and public affairs.  A seventh-generation Hoosier, his degree is in finance from Purdue University.  His early work included being a restaurant manager, beer salesman, and radio ad salesman for Q95/X103/WNDE.  An interest in politics led him to apply for, and be hired as Executive Director of the Libertarian Party of Indiana in 2000.  Success in that position allowed him to become Executive Director of the Indiana Licensed Beverage Association in 2005 where he stayed until 2009 to go off on his own to create Magna Carta Public Affairs.

In addition to his public affairs work, he is a past-president of the Indianapolis Press Club, has served as campaign chair for a victorious Republican Indianapolis City-County Council member, served 2 years on the Indianapolis Metropolitan Board of Zoning Appeals, vice-president of the Community Heights Neighborhood Organization, served on Crooked Creek Community Development Corporation board of directors. He was also the Indiana Lt. Governor nominee alongside reality TV personality Rupert Bonham.